Welcome to the second edition of my new blog series, “Artists & Innovators,” a series of interviews with campaigners, entrepreneurs, artists, and advocates who are solving problems with passion and innovation.

My second interview subject of 2016, John Lyman, is founder and editor-in-chief of the online news magazine, International Policy Digest. Lyman’s entrepreneurship and creativity in founding and guiding this publication are extraordinary. He has a rich background in politics and policy. In 2006, he completed a Bachelor of Arts in Political Science at Virginia Commonwealth University. In 2008, Lyman completed a Master of Arts in European Studies from the University of Amsterdam. In 2010, he completed a Bachelor of Arts in Homeland Security and Emergency Preparedness from Virginia Commonwealth University. 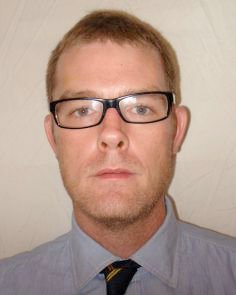 John Lyman: I’m originally from Minnesota. I moved to Virginia in early 2002. I went to Scotland and England with my father soon after moving to the area. Years later, while working in a bar in Fredericksburg, I became friends with the bassist for Down by Law, a pop-punk band. The bassist asked me to be a roadie of sorts while they toured Europe. Probably one of the best ways to experience Western Europe. Late nights in clubs all over Italy, Germany, Scotland, and a few other countries.

Then in 2006 I needed to complete some language credits to finish my first bachelor’s degree and I decided to finish those credits in Paris, France. Had a wonderful time.

JDPC: Why did you choose to pursue graduate studies in Amsterdam?

JL: Because it was affordable. Many graduate programs in Europe are only a year in duration, which keeps cost low. Also, graduate schools in Europe don’t bother with entrance exams.

JDPC: Are you optimistic for the health of the European Union? Do you think it will continue to grow?

JL: In economic terms, I’m optimistic. Size-wise, I don’t think you’re going to see much growth outside of the current 28 members. The European Union is like any institution; expansion is healthy but too much growth can be a net negative. You’ll see new members down the road, but with so much going on–from the economy to the refugee crisis–I think their focus is on the core areas.

JDPC: Which European country has handled the 2008 economic recession the best?

JL: Probably Germany. It was a strong economy going into the crisis and its leadership handled the crisis spot-on. Countries like Greece, Portugal, Spain, and Italy didn’t come out smelling like roses but the problem stems from those countries being relatively weak to begin with.

The European Union should have been more “selective” about which states were going to be members to begin with. The EU has criteria for new members and if they held fast to their rules, their membership would be smaller.

JDPC: What European country does the best job of integrating immigrants economically and culturally?

JL: Again, Germany. It has a more dynamic economy.

JDPC: When did you create International Policy Digest? How has it grown over the years?

JL: After my second bachelor’s degree, I saw that a lot of job-seekers were starting blogs to highlight their writings, so I went that route. After a few weeks of posting articles, various writers started to submit their own. I don’t really make a living off of running the website but I enjoy doing it. The site gets thousands of hits a day and the growth has been astounding.

JDPC: Where do most article submissions originate? Academia, nonprofits, government, private citizens? Are most submissions from the United States or do many internationals contribute?

JL: It’s actually a mix of all of the above. In the beginning I was cross-posting articles from sites like the BBC and The Conversation but as the site has grown in readership I’ve had to do less of that. I still have regular contributors who pen articles for other sites like The Huffington Post and I’ll cross-post their stuff. I also have agreements with a couple of websites where I’ll publish their articles. But private citizens and academics compose the bulk of the articles I publish.

I do still get quite a few articles from non-native English speakers and I spend a lot of time during the week editing their submissions. I try to keep the site as a platform for anyone to publish articles. So I even have high schoolers who are published.

JDPC: What are some of the public policy issues covered by the IDP that have attracted the most submissions?

JL: In the beginning, a significant amount of articles covered Somalia, India, and Sri Lanka. For some reason or another I had readers from those countries who really wanted to write about developments in their countries. Now it’s a lot of articles about U.S.-Russian relations, Ukraine, Russia’s invasion of Crimea, and U.S. foreign policy.

JDPC: What do you enjoy most about traveling in Europe?

JL: Probably the food and architecture. Aside from parts of New York and Boston, American eateries don’t get the nuances of European cooking.

JDPC: What aspect of U.S.-Europe relations do you hope President Obama will address in his final year in office?

JL: On the whole, Obama’s relations with Europe are fairly strong. Admittedly, he hasn’t developed many close friendships with European leaders besides David Cameron. However, he hasn’t produced many cringe-worthy moments, like when George W. Bush gave Angela Merkel a back rub.

The United States and Europe are more or less on the same page when it comes to a lot of international crises. The United States stepped into sanction the Russian government following its annexation of Crimea and Europe and the U.S. have worked together on the talks with Iran and on policy toward Daesh in Iraq and Syria.

Budgeting is an area of disagreement. The United States for years has bemoaned the inadequacy of defense spending in European capitals. Many European countries have huge domestic budgets to fund domestic social programs and while the Cold War has been over for decades there are still threats out there.