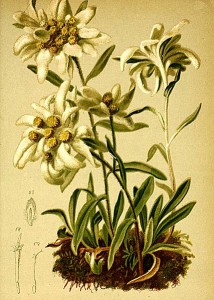 I was watching the film The Sound of Music the other night and it got me thinking, as I always do, about the role of Nazism in the plot. The songs are fun but it’s the drama and suspense that always brings me back to the film. I’m always guessing at what goes on the Captain’s head. How does he possess the clairvoyance to see the evil at Austria’s door? What does the Captain love about Austria in its innocent, pre-Anschluss state? I think it’s a case where the actor, Christopher Plummer, fills the thin profile of the character with his own positive energy. We assume, looking at his face, that he has lots of information and experience and guidance behind his views.

For me, there are several scenes that gloriously underscore the Captain’s hard-line anti-Nazi stance. One of them is certainly his physical splitting of the Nazi flag when he finds it hung at his home.

Curious that a character predicated on militarism would detest Nazism, but he sure does revolt against it.

Another anti-Nazi scene plays out in this sharp dialogue that Plummer delivers with class:

Herr Zeller: Perhaps those who would warn you that the Anschluss is coming – and it is coming, Captain – perhaps they would get further with you by setting their words to music.
Captain von Trapp: If the Nazis take over Austria, I have no doubt, Herr Zeller, that you will be the entire trumpet section.
Herr Zeller: You flatter me, Captain.
Captain von Trapp: Oh, how clumsy of me – I meant to accuse you.