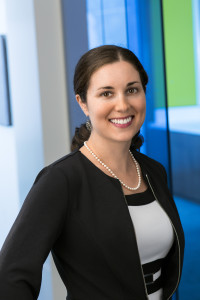 Welcome to the fifth edition of my new blog series, “Artists & Innovators,” a series of interviews with campaigners, entrepreneurs, artists, and advocates who are solving problems with passion and innovation.

This month, I join others in celebrating women’s history and women in STEM. My next subject, Dr. Colleen Lueken, is the Director of Market Analytics at AES Energy Storage.  She leads the quantitative modeling and commercial analysis of energy markets in the US and internationally in support of commercial efforts for grid-scale and distributed energy storage. She holds a joint PhD in Engineering and Public Policy from Carnegie Mellon University and Instituto Superior Técnico in Lisbon, where she researched methods of integrating renewable energy into the electricity grid. She holds a Master’s in Engineering and Public Policy from the University of Maryland and a BS in Aerospace Engineering from MIT. Before graduate study she worked at the Science and Technology Policy Institute, developing policy guidance for the executive branch of the US government.

John Dos Passos Coggin: When did you first become interested in energy issues? Was there a particular watershed experience or set of experiences that introduced energy concerns to you at an early age?

Colleen Lueken: I don’t remember a watershed experience, but I have always enjoyed being outdoors and experiencing nature. Learning that climate change and other man-made problems threatened the natural world led me to want to learn about what I could do to prevent our generation from doing the environment irreparable harm.

JDPC: As a child, did you view particular women in science and engineering as role models, heroes, or mentors?

CL: Early on, I looked up to female astronauts as my role models and learned that they had studied science or engineering to achieve their goals. I knew that Sally Ride, the first American woman in space, was a physicist, so I made sure to challenge myself with advanced science and math classes starting in high school. Eileen Collins, the first female space shuttle commander, was also a test pilot. From her example I became interested in learning to fly and joining the Air Force.

JDPC: In grade school (K-12), was the gender gap in science and engineering something that impacted you?

CL: Honestly, not really. I don’t know if it was blissful ignorance or selective hearing, but I never gave a second thought to a gender gap in STEM fields while I was in grade school (I probably didn’t know what STEM stood for). Neither did my female friends, many of whom went on to study a STEM-related field. My science and math teachers, who were a mix of men and women, always encouraged me and reinforced my interest in technical fields. I just knew that I was talented and determined to work hard in those areas.

JDPC: You’ve mentioned an early interest in NASA. How has the space program influenced your career and course of study?

CL: To me, the space program was always a beacon of what engineers and scientists could achieve with teamwork and determination. I could not get enough of learning about space travel, both real and fictional. I spent many hours watching Star Trek in grade school as well as learning about the Mercury, Gemini, and Apollo missions. The lure of space exploration was my early motivation to work hard in engineering, and led me to study aerospace engineering at MIT. And while I met many people in my major who were similarly inspired by space travel to study engineering, everyone I knew at MIT had some inspiration outside of the classroom to choose the course they did. The important thing is to find your passion – whether that is designing skyscrapers, inventing new nanotechnologies, or finding a cleaner way to generate electricity – and learn what it takes to contribute to that field.

CL: The male/female ratio at MIT was very close to 50/50 when I went there, maybe 55/45. Some individual majors did have wider gender differences, but most people who come to MIT plan on studying a STEM field. There actually aren’t that many options for majors outside of a STEM field. So in general, at MIT, you see more even gender ratios in engineering majors than you would at other colleges, where the overall ratio might be 50/50 but more women gravitate towards non-STEM majors.

JDPC: Your PhD focused on electricity grid optimization and renewable energy grid integration. Can you briefly summarize your PhD thesis?

CL: My thesis focused on challenges to adopting renewable energy at both the distribution and transmission grid levels. The first chapter looked at some of the hidden costs of the variability of renewable energy – both in terms of emissions and monetary costs. The costs result from using inefficient gas or coal plants to balance fluctuations in renewable energy output. Another chapter illuminates one of the challenges of using pumped hydro storage to time-shift load–that is, storing energy when it is not needed, and releasing it when demand is high. Depending on the motivations of the storage owner, that type of operation could lead to higher emissions, so developing regulations with the right set of incentives and goals is important. And last, I looked at using switches on distribution grids to help integrate large amounts of distributed renewable energy. By building flexible grids, operators can reduce losses and curtailments (thus saving money) when high penetrations of distributed resources are present, which is a scenario that is quickly becoming a reality in many parts of the country. 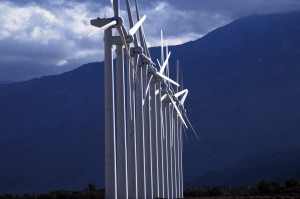 JDPC: Currently, you work in energy storage. Why is battery storage important for grid optimization?

CL: Energy storage, especially battery-based energy storage, has great potential to overcome the challenges to using more renewable energy and reducing harmful greenhouse gas emissions. For example, the problem I wrote about in my thesis about the variability of renewables can be alleviated by using energy storage to balance those fluctuations in power output. Also, distributed storage can help avoid curtailments and backfeed on overloaded distribution lines when the sun in shining but demand for electricity is low.

JDPC: How can energy storage help the United States meet the challenge of climate change?

CL: Simply put, energy storage makes the grid run more efficiently. When a gas peaker plant is called upon to provide ramping support for renewables, that causes the plant to run less efficiently and produce more greenhouse gas emissions. Battery energy storage systems can help balance generation and load on a second-to-second basis with no direct emissions – the perfect alternative to using peakers. Plus, energy storage can be charged using excess hydro, wind or nuclear power, which means there would be no emissions from using the stored energy to balance generation and load.

JDPC: Besides energy storage, what are some of the exciting challenges in grid optimization today?

CL: Energy storage is a really important topic because it helps address so many of the challenges facing the electricity grid today. Besides how to optimize the integration of renewable energy, another challenge is how to make sure the grid is secure from a security standpoint. As technology is updated, sometimes new vulnerabilities are introduced from a cybersecurity standpoint. At AES, we take the security of our plants around the world very seriously and have a team that is dedicated to predicting and preventing cyber threats.

JDPC: What do you enjoy most about being a climate and energy professional?

CL: The best thing about my job is working with very talented, creative people who are all dedicated to helping fight climate change by creating a cleaner, more resilient electricity grid.