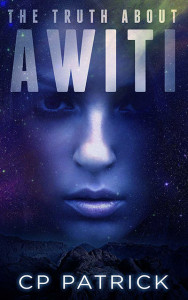 Christine Platt Patrick is a wise, powerful new voice in American fiction. The Truth About Awiti is her debut novel. She is currently at work on her second book. I highly recommend Awiti. It’s a fluid read and a haunting, instructive look at the transatlantic slave trade and its legacy. The following quote, from her website, explains some of the mythology that permeates her novel:

There is a commonly held belief the tropical storms and hurricanes that form off the coast of West Africa are not natural disasters, but rather they are retaliation by restless spirits impacted by one of the darkest chapters of world history – the trans-Atlantic slave trade. 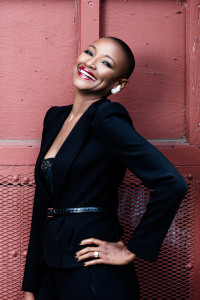 I spoke to Patrick recently about Awiti and more:

John Dos Passos Coggin: How/when did you get interested in creative writing?

CP Patrick: I have always enjoyed reading and writing fiction and fantasy. As a young girl I wrote stories to entertain myself and my friends. But it’s only in the past three years that I have fully opened myself up to the creative writing process. It started as an outlet, and now it’s very much a necessary part of my daily life.

JDPC: You did undergraduate and graduate work in African studies. Was the transatlantic slave trade a focus of your studies?

CPP: Throughout my educational studies I researched the history of the African diaspora, and a large part of that experience is the transatlantic slave trade. There are historical documents and research that provide the gruesome details but of course, there are no oral accounts from survivors. That is where the creative writing process comes in – channeling and imagining what experience. So while the transatlantic slave trade was not a primary area of focus during my studies, it was very much a part of the discourse.

JDPC: African diaspora is a theme of your work. How difficult is it for today’s African-American community to trace their ancestry to Africa, given the destruction of slavery?

CPP: I think a lot of the companies that provide DNA/ancestry testing can assist people of the African diaspora in finding their most likely country of origin. But there are so many challenges – the changing of surnames, for example. The surnames of slaves were changed for so many reasons—each time they were sold, or sometimes, slaves changed their surnames when they emancipated themselves. So it makes tracking through traditional methods challenging. I know people who have found success in tracing their genealogy several generations in the United States. But tracing ones ancestry to Africa is much more difficult. Finding the likely country over origin? Very possible. Discovering the actual tribe, for example? Highly difficult.

JDPC: The book features a strong grasp of many distinct, historical speech patterns within African-American communities across the American South. What sort of research informed the development of this oral history? For example, did you do interviews for the book?

CPP: I did not conduct interviews but I did look at historical texts, court transcripts from related time periods, newspaper articles, etc. The internet has allowed access to documents that were once out of reach. Additionally, oral history is a big part of the African-American community. One book that I found very helpful was Slave Ghost Stories by Nancy Rhyne. The narratives were as close to historical speech patterns as possible. Additionally, many people are unfamiliar with the Works Progress Administration (WPA), which was funded by Congress in 1935. Part of their responsibilities included recording the narratives of former slaves as part of the Federal Writer’s Project. The collection is on file at the Library of Congress.

JDPC: The book comprises many interlocking short narratives, shifting time and place. Besides their evocation of the African-American experience, what ties these disparate pieces together?

CPP: There is one powerful source that unites the stories—the protagonist, Awiti. Through Awiti appearing as a secondary character in each narrative, the reader is allowed to experience the many different facets that encompass the transatlantic slave trade and its effects on the African-American community.

JDPC: The book has very distinctive, compelling cover art. What creative direction did you provide for the cover design? What story did you want the cover to tell?

CPP: People are very surprised to learn I offered very little creative direction with regards to the cover. I only selected the font. The cover was actually a pre-made cover by Damonza, a company that specializes in creating print and ebook covers. As soon as I saw it, I knew it was the cover.

JDPC: On your website, you mention writer Octavia Butler as an influence. What inspiration do you draw from her work?

CPP: I love Octavia Butler’s ability to challenge readers and writers on exploring fiction, fantasy, and science fiction. Currently, there are many writers of color who focus on these genres but Octavia was one of the first. She allowed me to realize there are no limits to my writing—on what my characters can do or where they can go. And once I realized my characters were limitless, it allowed me to more creativity in my storytelling.

JDPC: What books were influential on your formation as a writer?

CPP: I think every book influences a writer in some way, whether they know it or not. You draw from your experiences and stories, whether read them or live them. So I would have to say every book I have ever read has influenced me!