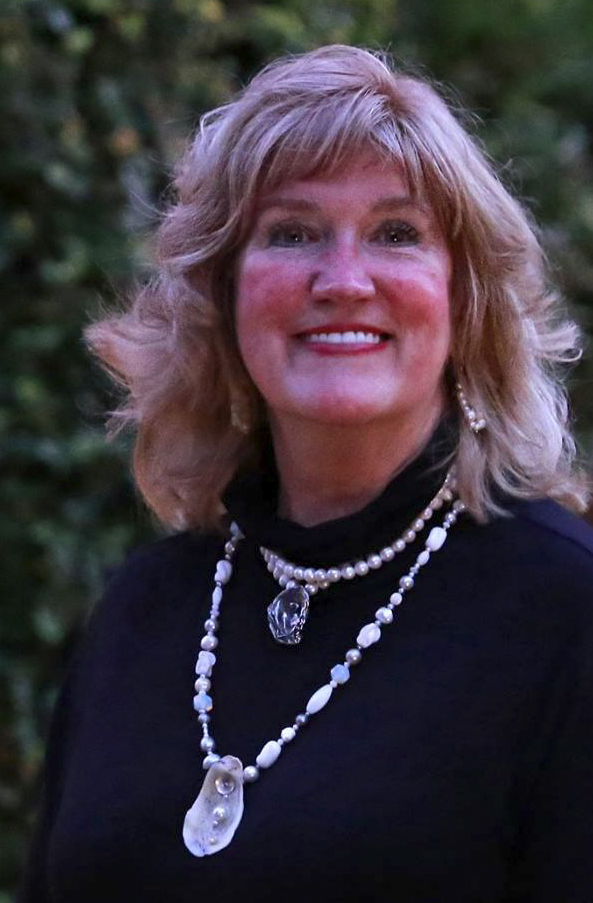 Welcome to a special edition of my blog series, “Artists & Innovators,” a series of interviews with campaigners, entrepreneurs, artists, and advocates who are solving problems with passion and innovation.

My next subject, Stuart Riordan–painter, musician, and thinker–was born in Lynchburg, Virginia and currently lives in Tallahassee, Florida. She has traveled extensively and we discuss some of her adventures and inspirations in our interview.

To me, Stuart’s art often has a legendary, mythological feel to it. It has newness and relevance, but also a sense of grandiose and epic scope. It’s populated with deep hues, strong conflict, and major symbolism. Her work generates stimulating discussion.

I will be joining Stuart for her next exhibition–at the Academy Center of the Arts in Lynchburg, Virginia, October 7th at 5PM. See you there!

John Dos Passos Coggin: You were born in Lynchburg, Virginia. What was it like when you were a child? Was it isolated?

Stuart Riordan: I was born in Lynchburg but my parents moved to Fairfax, Virginia when I was still an infant. Both sets of grandparents remained in Lynchburg forever, so my memories are from my visits with them.

For example, my grandmother Beulah (Boo Boo) Scott allowed me to play with the dirt. She would put newspapers on the floor in the house so I wouldn’t mess up the house. Dirt has become a favorite painting medium of mine.

I remember crawling through the backyard fence at my grandparents’ place. It was a big no-no! The house was at the top of a high hill looking down into a deep valley. I liked spreading my arms out and feeling the breeze and drinking the nectar from honeysuckle flowers. There, I would talk to God…and many years later, a church was built down the hill in the valley!

My grandfather, Dr. Scott, let me hang out in his office a lot and ride around with him on his house calls. On rides with him, we’d sing “Swing Low, Sweet Chariot” and he would secretly chew cigars behind my grandmother’s back! He also would take me to Virginia Baptist Hospital where I could race the wheelchairs in the basement…until I made it to the top floor patio and threw water balloons—then, no more hospital visits for me!

My other grandparents, Charlotte and Wylie Hodges, let me build tents in their living room and make shadow art with their slide projector and screen. And they gave me yummy chocolate eclairs to eat!

JDPC: Did you grow up in an artistic family? Did you draw and/or paint as a child?

SR: As a young child, I was the only one in my family interested in visual arts. But in my early teens, I met my father’s 1st cousin Emily Whaley, who was a wonderful artist, painter, printmaker, and museum founder. She helped start the Chrysler Museum in Norfolk, Virginia. She noticed my talent and told my beloved father Preston Hodges and beloved stepmother Norvell Millner Hodges (now Thomson) to be sure I had art supplies, books, etc.

My father told me I drew all over the house when I was 3.5 yrs old—behind furniture and doors that stayed open…when they decided to move, they had to have the entire inside of the house painted.

SR: I was 4.5 years old when we were in San Antonio. I have many visual memories of San Antonio.

The ladies were all wearing blouses and dresses with huge brightly colored embroidered flowers. I wanted to wear clothes like that!

My mother Donny Scott Hodges Johnson would take us out to the motel pool. I liked to have my eyes half in and half out of the water, and look around with the top half regular color and the bottom half turquoise. I also liked to watch her orange-red lipstick melt in the sun and drop into the cracks around her lips. Looking back, that trip was all about color to me!

JDPC: Morocco has a rich cultural heritage and a dramatic physical landscape. What are your recollections of your time living there? Did you find it inspiring for your art?

SR: I loved being in Tangier, Morocco! The light is beautiful and I love the way Arabic sounds. I like the Arabic calligraphy so much I would copy signs and books, not knowing the meaning of what I was writing since I started writing backwards in HS  coping Arabic was easy and fun!  I still like writing Arabic in some of my paintings.

I did watercolors while there ‘cause they are easy to travel with. I would paint our abode, which my husband Jeff Duvall and his mother, Elise Duvall Ashler bought in the 60s. Our home was part of the sultan’s palace—it was amazing! We sold it and it is now the Hotel Nord-Pinus Tanger. It is the tallest building in the Kasbah overlooking the sea, with three amazing terraces. I would pick one and paint while drinking mint tea and listening to all the voices and birds. I loved hearing the dawn prayer and the roosters!

The painting, “The Arrival,” which will be featured at my Lynchburg exhibition, is from one of my sketches there and it has Arabic written on it.

JDPC: Likewise, what do you recall vividly about living in Moldova? How did that experience inform your art?

SR: Beautiful Moldova is the poorest of the former Soviet states. There were no art supplies to buy, so I had to make do with what I had. I think that scarcity stimulates creativity. So did my ignorance of the Russian language and alphabet. It really stimulated my creativity and imagination—having to fill in so many blanks!

JDPC: In Moldova, you took up the cello. What led to this choice? How does music inspire you?

SR: Music has always been favorite of mine—I like all kinds! I always wanted to be a musician. My son Tucker insisted on learning to play the violin when he was 5 or 6 years old. When we were bound for Moldova, I thought it was my turn to learn how to play the violin! Especially being in Eastern Europe, the motherlode of classical music! I told my friend and famous violinist Karen Clarke of my plan and she said, “Stuart, at our age [52], you should take up the cello so that gravity works with you!”

So, through a neighbor, my husband Jeff who speaks Russian fluently contacted the famous cellist, Ian Josen, and began taking lessons. I took weekly exams at the local Conservatory of Music, playing in front of all the professors with piano accompaniment. They provided an interpreter to give my grades. I started out learning the Russian equivalent of “Twinkle, Twinkle, Little Star,” and progressed to some Bach by the end. I had never studied music before and I had to learn to read music with the notes in Russian. I hadn’t a clue of the English translations! At my last exam, the violin professor stood up and, through the interpreter, told me: “Stuart, you have no idea what poverty is and we are so glad you do not. The only gift we have to give you is music and we know you have accepted it.” So I will play the cello till I drop dead, no matter how many ears I make bleed!

JDPC: You recently collaborated with the Survive and Thrive Advocacy Center, a service provider for victims of human trafficking in the 2nd Judicial Circuit of Florida, for an inaugural art opening and fundraiser in Tallahassee. What are some highlights of the event?

SR: One of the highlights was a young man told me he was a victim and that because of this event, he now has the help he has needed. It was and still is quite humbling that some of my artwork actually was helpful in saving some lives! One of the pieces “Freedom a la Mode: Marie Laveau” will be in my Lynchburg exhibition.

JDPC: You have an exhibition coming up this October in Lynchburg. Can you tell us more about it?

SR: This exhibition is especially interesting to me because the first show I ever had was in Lynchburg at the Dillard gallery. It was arranged by my godmother Polly Payne.

This new exhibition came about by Polly’s granddaughter, Perry Payne Millner. She saw some of my work on Facebook and told me she would love to see my work in person. I told her to arrange a show in Lynchburg—kind of as a joke—and she replied that the director of the Academy Center of the Arts, Ted Batt, had just moved in next door! She introduced my work to him and thus the exhibition was born! I’m glad arranging shows for me runs in that family! The opening which I will attend is October 7th at 5pm and I give a talk the next day at 11am.

JDPC: What are some places around the globe that you’d still like to visit for inspiration and fun?

JDPC: Where do your best artistic ideas come from?  Is it a mystery or are there some dependable sources of inspiration?

SR: Finish paintings, play spoons with more bands, and get ready for my next cello recital. And mainly to live in total gratitude!